From New York City to Hamburg, from Oslo to Melbourne, from Nairobi to Mumbai, hundreds of thousands of young people peacefully protested climate change on 20 September - and the World Council of Churches (WCC) walked alongside them.

During the “Season of Creation,” the WCC fellowship has been joining in both prayerful observations and determined actions to address what has become a climate change emergency.

On the streets of New York, some 60,000 young people called upon their government officials, churches, and all the adults in their lives to not just say the right words, but begin a transformation in their daily lives.

Refrains of “We are marching for planet earth” rang out to the tune of the South African freedom song “Siyahamba.”

For WCC representatives, along with those from the Lutheran World Federation, ACT Alliance,  and other faith-based groups, the march was an affirmation of ongoing work toward climate justice.

WCC programme executive for economic and ecological justice Athena Peralta said: “It is beautiful to be part of a movement demanding immediate action to tackle runaway climate change.”

Peralta and others who lead WCC programmes have been active supporters of the United Nations Sustainable Development Goals.

Rev. Henrik Grape, WCC’s senior advisor for care and creation, sustainability and climate justice, said he was inspired as he saw the streets of New York City flooded with young voices demanding climate justice. "This is the place for faith communities to be today!” said Grape. "Acting together for climate justice - now!”

Joy Kennedy, a member of WCC working group on climate change, described the groundswell of advocacy as an intergenerational movement flooding the streets.

“Flooding the legislatures. Flooding the corporate sales floors. Flooding the ballot boxes,” said Kennedy. "When the Spirit moves, passion for peace and love flows - it can’t be stopped. So don’t even try! History is unfolding towards a climate friendly future, sooner or later. This crowd is calling for it sooner - climate justice now!”

Young people anxious about their future on an ever-hotter planet were able to express a sense of urgency to world leaders and elected officials.

“At one point in the march there was a group of elementary school children in front of us,” said Rev. Douglas Leonard, WCC representative to the United Nations in New York. “It was an inspiration to hear the high timbre of hundreds of young children’s voices shouting in perfect unison with passion: ‘What do we want? Climate justice! When do we want it? Now!’ They feel the urgency of our situation and they believe in their ability to do something about it.”

Leonard added that he thought of Isaiah 11:6. “...and a little child will lead them.”

As the faith community brought a spiritual dimension, they were joined by scientists and researchers, all of them supporting the young people in putting pressure on industrialized nations and corporate leaders to do more about climate change.

WCC Ecumenical Water Network coordinator Dinesh Suna said the climate march was a sign that the demands of the world’s young people must be taken seriously. “The spirit of resistance by young people against the plundering of earth's resources was demonstrated today on the streets of New York,” he said. “I hope the elders are listening and will act before it’s too late.”

See photos of the Climate Strike March in New York and find out more: oikumene.org 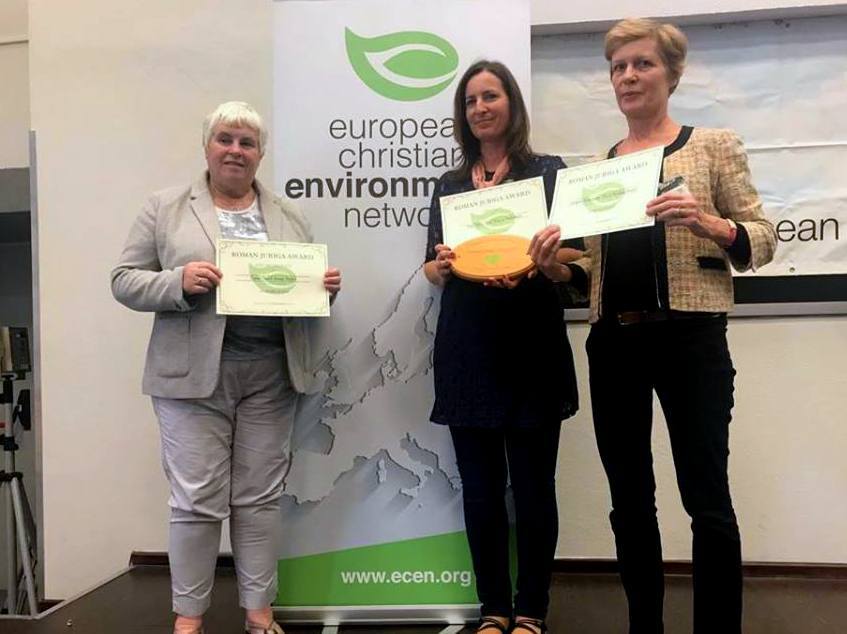 Winners of the 2020 Roman Juriga Award will be announced and decorated in the ECEN Assembly which will take place from 29 August – 2 September in 2020 in Bad Herrenalb (Germany).